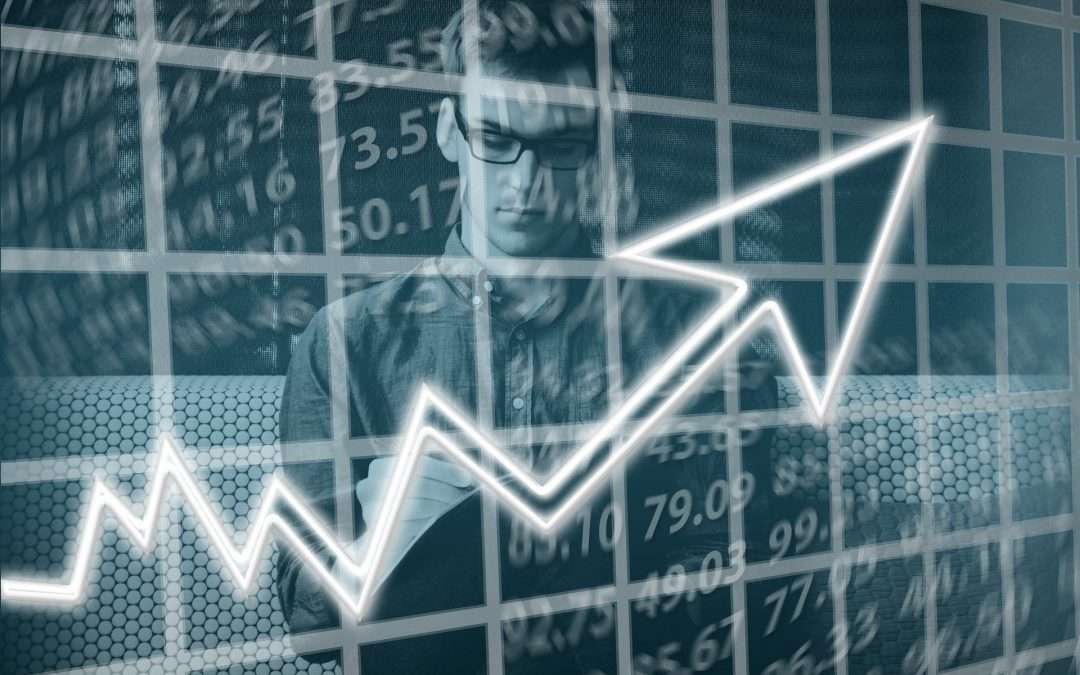 Two weeks ago my article The Big Sustainability Illusion – how a whole crowd of incrementalist ESG progress proponents wants to make us think they support “Sustainability”  has created quite a halo and a considerable number of readers on all parts of the ESG & sustainability spectrum, in fact it was the most read article in my series of 27 articles on Linkedin so far. So far, so good. While the majority of the comments were supportive of my assessment of the impact of a ‘pure ESG’ regime, the absence of views that would contradict with my assessment was at least as remarkable. I have certainly touched on an ‘inconvenient truth’, that’s what the wave of private messages on various media channels clearly indicated. Also, there was a lot of interest in the deeper mechanics of this massive cognitive dissonance in the mainstream ESG bubble. Breaking through the echo chamber and leading to real change in direction has started to fail as soon as ESG was born, that’s what I can say upon reflection how ESG started as a desperately wanted engagement of the sustainability standard setters and rating & ranking agencies with the financial sector around the start of this millennium, but at latest around 2006. Supporting Socially Responsible Investments (SRI) was what they were looking for.

Let me clarify from the outset: ESG isn’t per sé bad, it’s actually needed information in the design of sustainability indicators, so none of the ESG work is useless; what makes it ‘meaningless to most people’ (to use Dana Meadows wording) is the neglect of the denominator thresholds & allocations against what these numerator data need to be measured to say anything useful about how sustainable any performance is. This is what we at r3.0 propose since our inception in 2013, based on the ‘Sustainability Quotient’ work of Mark McElroy from the Center for Sustainable Organisations, who worked closely with Dana Meadows. Measuring ESG numerator data against scientific thresholds or ethical norms changes the perspective towards what ‘starts to carry a message.’

What I will present here in this sequel is a reflection on how ‘one thing leads to another’, certainly one reason why it is so hard to be heard by the ESG proponents. I am going to present more evidence how awfully flawed the information food chain of ESG and its proponents actually is and shuts down the opportunity to do what’s necessary.

We started with definitions in the first article, and looked at the EU Taxonomy and it’s ‘practically possible – politically opportune’ way of defining ‘thresholds’, while ignoring the need to also translate these into ‘fair share’ allocations and accept that there’s no deal to strike with Planet Earth. The fact alone that this view was taken disconnects the Taxonomy from the real-world thermodynamics. That at some time later social aspects will be added to the EU Taxonomy doesn’t give much hope that ethical norms will be treated as what they are – norms – which again leave no room for negotiation.

What happens now to standard setters? Well, they take on board the same ‘relative view’. Here’s an excerpt from an article from Forbes, written by the legendary Bob Eccles. Quoting: “Standard setting is a mundane but also contentious exercise. By definition it involves reconciling different views, all of which have legitimacy. Those truly committed to a set of mandated global standards for sustainability reporting need to recognize that compromises must be made. The end result won’t be optimal for any individual view but should be optimal for society.”

Wait a second … just to get this right: we need a result that could lead to what seems like a wise compromise, but is actually catastrophic for humanity? Again, it is useful to understand that the ‘other side’ is not another standard setter we’d like to be friends with; the other side is Gaia! There simply is no fooling around here, there is no deal to strike! And yet, this is how ‘predatory delay’ (to use Alex Steffens words) again and again finds its ways into the economic glossies, Forbes in this case.

Or take GRI’s recent approach in redefining their Sustainability Context Principle in their review of the universal standards that lets all alarm bells ring as well. In an exposure draft they propose a redefinition of the ‘Sustainability Context Principle’ based on ‘impacts’, and by that skipping the term ‘performance’, and mingle it with another relative definition of the term ‘threshold’, while erasing the link to ‘allocations’ altogether. At r3.0 we have vehemently argued against watering down of the most important components of the principle in our comment letter. Here’s what we said:

“We therefore invite and strongly encourage the GRI to retain the explicit mentions of thresholds- and norms-based initiatives (such as the Paris Agreement and the UN Guiding Principles) in the Universal Standards Exposure Draft while returning to the performance-based definition of Sustainability Context that has existed from 2002 until today. We furthermore encourage GRI to revisit the 2012 Public Comment Submission from the Sustainability Context Group, which proposes providing a general specification for applying Sustainability Context, as a means of creating more granular guidance that still allows for latitude and experimentation by reporting organizations. Finally, we encourage GRI to shift from its ambivalent (and possibly even hostile) attitude toward its foundational principle of Sustainability Context, into fully embracing the organization’s status as a true pioneer in the necessary conditions for achieving sustainability, as a means of strengthening its role and relevance in the quest for delivering on the Sustainable Development Goals by 2030 and beyond.”

Are you still sitting comfortably?

Now let’s move on to the users of this ESG information, stained by the same views. Here’s an example published by Morningstar in an article of January 28, where John Hale, Global Head of Sustainability (!) at Morningstar wants to make us think that there’s “A Broken Record: Flows for U.S. Sustainable Funds Again Reach New Heights – Net flows of $51 billion in 2020 were more than double the total for 2019 and nearly 10 times more than in 2018.” Hooray!

But wait…how can it be that Sustainable Funds can boost at such level so quickly after all these years of negligence, painfully communicated by the Sustainable Investment community for so many years. Could the reason potentially be how ‘sustainability’ was defined? As Morningstar says in another report: “Sustainability funds are characterised by intentionality and come in three types”, namely:

You sniff the trick here? What is so difficult to call ESG Progress Investment what it is – less degeneration. This can deliver financial return, but it is totally inadequate to call these ‘sustainability funds’. They are simply not, it’s a deception of potential investors.

Or as my colleague Bill Baue answered in a thread with John: “what this study shows is that US investors are increasingly showing preference for ESG investments. With all due respect, I would suggest that Morningstar integrate this definitional understanding into its methodology. And I’ve heard others use the ‘let’s not let perfect be the enemy of the good’ argument – unfortunately, when it comes to complex adaptive systems (such as companies, economies, ecosystems, etc), one could be doing ‘good’ and yet those systems trigger tipping point collapses. I fret that your methodology encourages the illusion of progress. Unfortunately, the widespread conflation of ESG with sustainability is a fatal flaw. As Global Reporting Initiative Co-Founder Allen White has said, ‘ESG does not, by nature, carry a sustainability gene… Sustainability requires contextualization within thresholds. That’s what sustainability is all about.’ White points out that ESG is inherently incrementalist, and therefore it could only achieve sustainability by accident, seeing as it doesn’t actually measure sustainability. I can understand why folks revert to greenwish, as it would be nice to see this rise in ‘sustainable’ investing. I’m sorry to say, it just isn’t true. I look forward to the day when there is bona fide sustainable investing – but as of now, I have yet to know of ANY investment portfolio that applies sustainability thresholds (ie Planetary Boundaries and the Social Foundations of the Doughnut) across the board…”

So, how’s your stomach doing? Any grumbling?

Funny enough, we’ll close this sequel again with the EU Commission’s latest findings about green claims on products, in which the Commission states that “half of all green claims lack evidence.” Says the report: “The ‘sweep’ analysed green online claims from various business sectors such as garments, cosmetics and household equipment. National consumer protection authorities had reason to believe that in 42% of cases the claims were exaggerated, false or deceptive and could potentially qualify as unfair commercial practices under EU rules. ‘Greenwashing’ has increased as consumers increasingly seek to buy environmentally sound products”. In continuation they found that

In their overall assessments, taking various factors into account, in 42% of cases authorities had reason to believe that the claim may be false or deceptive and could therefore potentially amount to an unfair commercial practice under the Unfair Commercial Practices Directive (UCPD).”

I’ll finish here to note that there’s no way around thresholds and allocations. We need to get used to that they are – in macroeconomic thinking – the new ‘supply and demand’ in an age of scarcity. Thresholds describe what is still available within carrying capacities, allocations are describing the ‘allowed demand’ by defining a fair share. The longer we ignore these relevant and necessary parts of the sustainability homework, the longer we wait to harmonise around the denominator thresholds and allocations, the more irrevocable damage will be created. First and foremost, we do this to ourselves, as the planet will be doing wonderfully fine without us! Our choice is a binary one, namely which side of history do you all want to be on: degeneration or regeneration.

Part 3 of this mini-series can be found here.